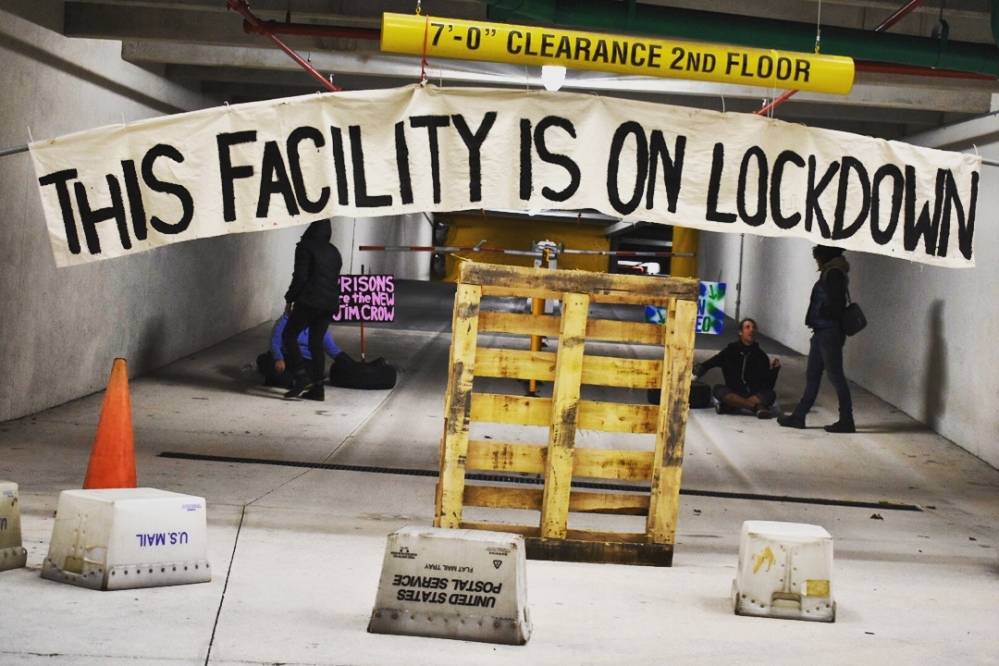 BOCA RATON, FL – Florida based for-profit prison company, GEO Group is again the center of controversy as human rights activists lock down outside their Boca Raton headquarters early Tuesday morning. Activists from a myriad of organizational backgrounds came together to physically impede “business as usual” at GEO’s corporate office.

Demonstrators locked down, risking their physical safety, to call attention to GEO’s exhaustive record of human rights abuses, stating, “We will not allow our government to separate innocent families. We will not allow private companies to profit off the suffering of children. We will not allow their workers to sit undisturbed in air-conditioned offices while people are deprived of their humanity, dying in crowded cages.” 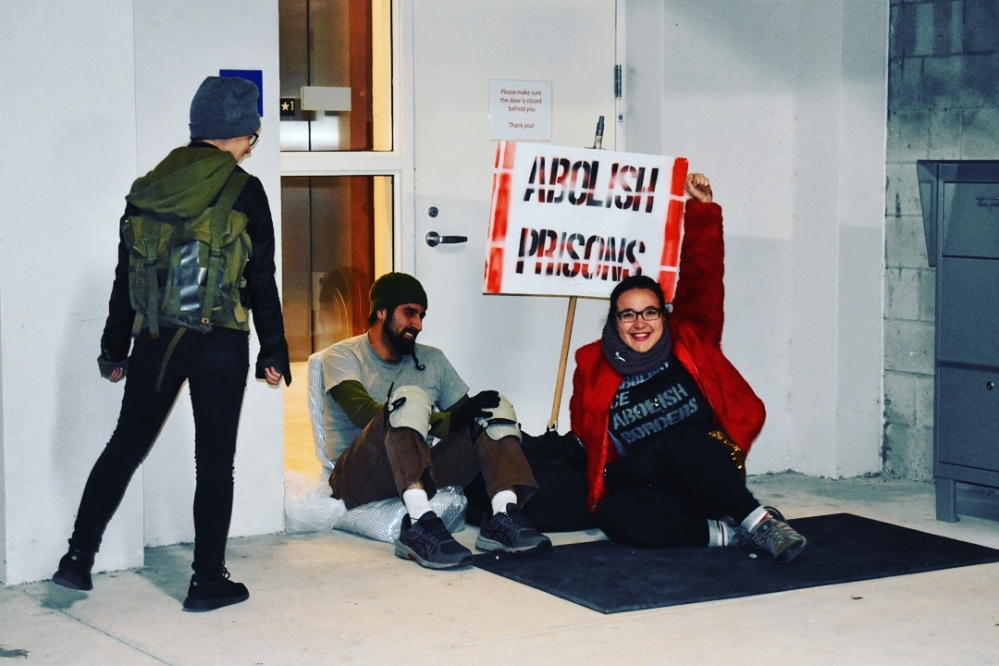 GEO’s immigrant detention facilities, often called Concentration Camps, have been cited for withholding of medical treatment, rampant sexual abuse, and multiple deaths of adults, and children as young as two years old. Between 2014 and 2019, a series of lawsuits has been filed by former detainees in GEO Group immigrant detention centers alleging that GEO Group threatened them with solitary confinement if they did not participate in forced labor. Detainees were compensated at rates of less than one dollar per day.

In March 2017, a class action lawsuit was filed against GEO for forcing detainees to work at its center in Aurora, Colorado, violating federal trafficking laws. In May 2019, a federal judge ruled against GEO Group, ordering the company to pay immigrant detainees an hourly minimum wage.

In July 2019, the Daily Beast published communications between GEO Group and ICE where GEO Group executives requested that ICE help pay the litigation costs of the lawsuits, placing the financial burden on American taxpayers.

GEO Group has been met with constant opposition from Palm Beach County residents, beginning in 2013 when GEO attempted to by the naming rights to Florida Atlantic University’s football stadium. Students and faculty from FAU held months of nationally recognized demonstrations, demanding that the university refuse any partnership with a company famous for a host of human rights violations. GEO Group backed out of the FAU deal, citing negative press and unwanted attention. But the unwanted attention would continue, as only months later a group of activists entered GEO headquarters, locking down, halting business, and keeping the company in the news.

In spite of GEO’s 1.5 million dollar lobbying budget, a constant stream of pointed activism lead one of GEO’s key investors, Chase Bank to divest from all private prison corporations in March of 2019. Activists at Tuesday’s demonstration outside of GEO headquarters have released a list of demands. While many of their demands echo the national sentiment to defund GEO, others demonstrate a unified commitment to restorative justice. Follow as more information develops under the hastag #shutdownGEO and listen at radio 87.9 FM (Palm Beach County, FL) 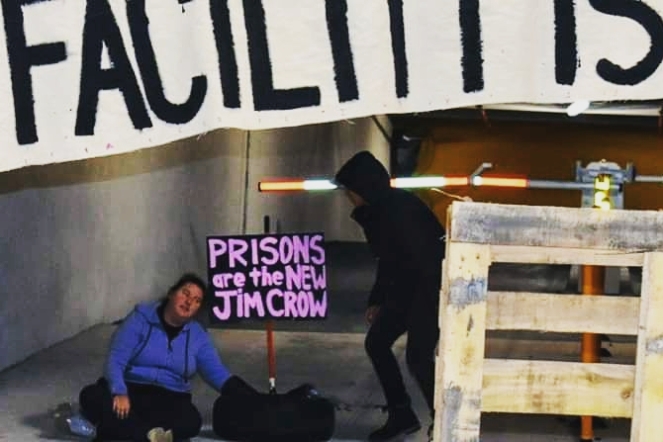