DONATE TO LEGAL AND MEDICAL FEES FOR THE 5 PEOPLE ARRESTED TODAY: Gofundme.com/DCLocksDownDOJ

UPDATE 5:00pm EST: The last two folks locked down have self-extracted after holding the blockade of the Justice Department entrances for 5 hours. The Justice Department refused to hear our demands or the voices of our comrades inside Alabama Prisons. In total 5 people were arrested today while standing in solidarity with the incarcerated Freedom Fighters in Alabama.

UPDATE 3:33pm EST: D.C. Abolition Coalition and organizers from across the country have now locked down the Dept. of Justice entrances for 4 hours. The DOJ has had four hours to come out and discuss our demands but has refused. Everyone locked down has been arrested except for two young femme comrades who are refusing to leave in solidarity with those in Alabama prisons who are demanding justice from the DOJ.

UPDATE 3:12pm EST: Four people have now been arrested including one supporter. The Police Liaison has been forcibly removed by Homeland Security. Homeland Security used an angle grinder to cut through a lock around a protestors neck with only a blanket between them and the grinder. The ladder was cut above one persons head who was locked down; this person has now been removed out of sight and Homeland Security agents are using an angle grinder to cut them out of their lock box with no protection around their exposed arms.

This morning organizers with DC Abolition Coalition demonstrated at the U.S. Department of Justice in solidarity with the demands of incarcerated freedom fighters in Alabama prison facilities to bring attention to rampant abuses within the Alabama Department of Corrections.

Protesters scaled and locked themselves on top of ladders blocking the entrances of the U.S. Department of Justice. Today’s demonstration is an escalation of actions taking place across the country to stand in support with demands presented by Alabama-based prisoner advocacy group Unheard Voices of the Concrete Jungle.

These demands include that the DOJ must:

The federal Department of Justice came out with a scathing report in April, 2019 which outlined  the ADOC’s routine violations of the Eighth Amendment of the US Constitution, which protects incarcerated people from cruel and unusual punishment. As the report found these violations have created an environment in Alabama prisons in which prisoners are routinely subjected to a lack of mental and medical healthcare, overcrowding, sexual abuse, and in many cases death from “a high level of violence that is too common, cruel, of an unusual nature, and pervasive.” The ADOC had up to 7 weeks to remediate the problem before a lawsuit could be filed. After nearly 7 months, conditions have only worsened inside Alabama prisons, while Governor Kay Ivey and U.S.Attorney Jay Town move forward on plans to build three new men’s prisons in Alabama.

“Freedom fighters on the inside have been putting their bodies on the line to demand justice but their voices go unheard, so we’re here today to force the DOJ to listen to and act on these very basic demands,” said Mei Azaad, of activist group Fight Toxic Prisons.

Meanwhile, the DOJ  continues to ignore the overcrowding, understaffing and chronic violence, even as Alabama family members and supporters of incarcerated people have held protests and outreach efforts on several occasions in the past months, both in Alabama and DC.

“Prisons don’t keep anyone safe,” remarked another member of the coalition, Fariha Huriya with #Vaughn17 Support, “As part of the Vaughn 17 family, we salute all prison liberators.”

The coalition which has identified and campaigned against injustice within local facilities presented the following demands to address D.C.’s high level of incarceration:

Campaigners with DC Abolition Coalition will continue to ramp up pressure against the the Department of Justice and Alabama Department of Corrections until the demands for justice are met and the voices of those subjected to the violent conditions in the ADOC are finally heard. 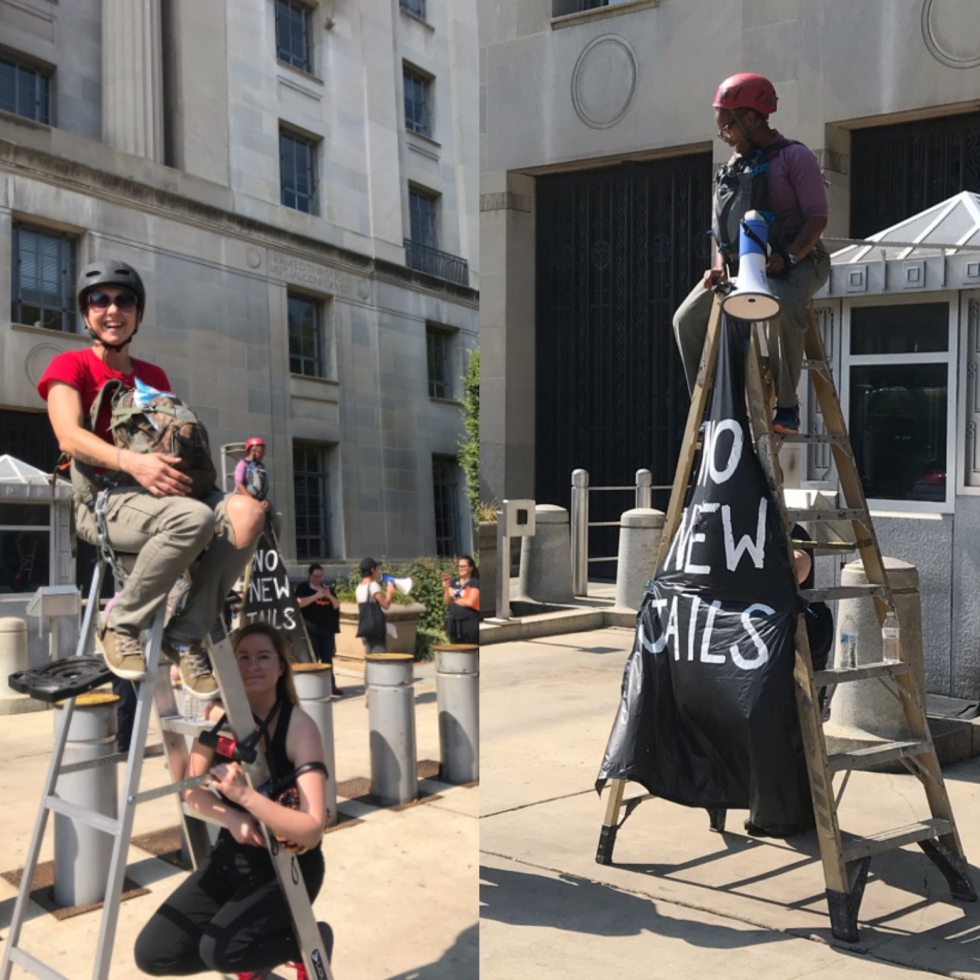