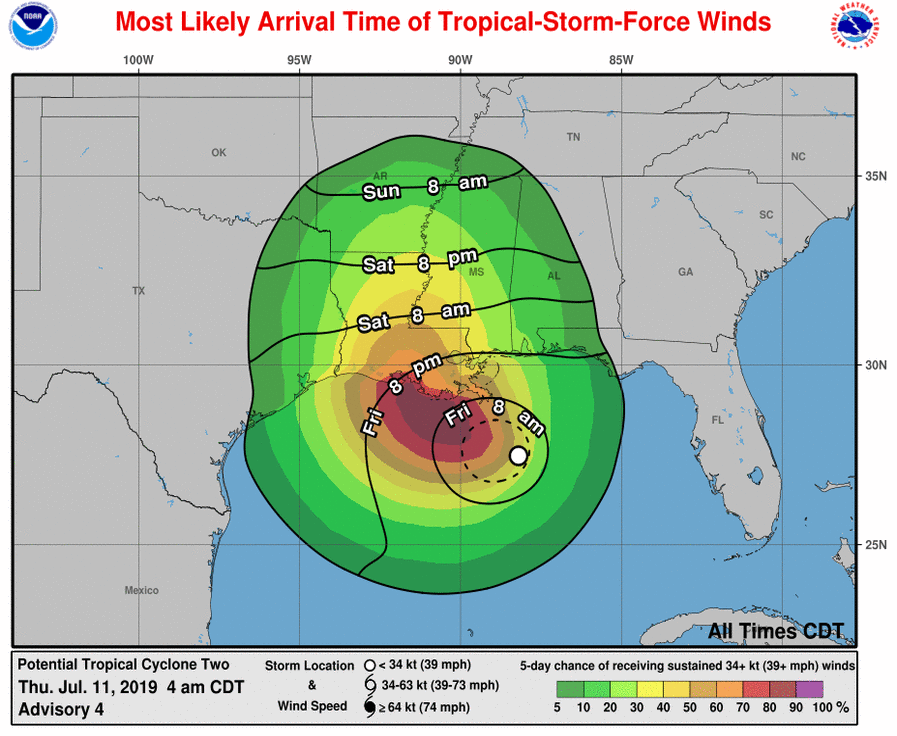 PUSH OUT TO ANY ORGANIZATIONS YOU KNOW THAT MIGHT HELP, AND REPORTERS!

As Tropical Storm Barry threatens Louisiana, Mississippi, and Texas over 65,000 people behind prison bars and in detention centers lie directly in it’s path with no ability to evacuate. Governor Edwards has declared a state of emergency for all of Louisiana.

We need your help applying pressure to ensure the horrors that happened at FCI Beaumont during Hurricane Harvey don’t happen again (Note- FCI Beaumont is in the projected path of Barry). This tactic proved effective last year when we forced North Carolina and Virginia to evacuate prisons ahead of Hurricane Florence!

If they claim to be evacuating prisons, ask them which ones and send that information to us.

Phone numbers aren’t working? Tweet us with number updates too!

Keep them talking, ask questions, get details, email us. If you can, record the phone call and email it to us. If it turns out they’re lying, we’ll have voice-recorded evidence. (Email FTPDisasterPrep@gmail.com and include “Barry” and the Department you called in the email title)!

ALSO- We don’t trust ANY Department of Corrections. Per Jailhouse Lawyers Speak’s advice, “If you know any prisoners in this storm path, it’s important to tell them to fill up any containers or bags with water NOW!! Prisons are notorious for not giving adequate drinking water to prisoners if any at all after the water is contaminated.”

Coleman Correctional Center NOT Evacuating in Parish with Evacuation Order

UPDATE Louisiana [2:16pm CST, July 12]: We are prioritizing Coleman Correctional Center in St. Charles Parish, which is under partial evacuation order. We have voice recording of CCC confirming they are NOT evacuating. Coleman is less than 2 miles from the Mississippi River. Who to call to demand evacuation and stockpiling of food and water: St. Charles’ Sheriffs Office Command Staff- (985) 783-1280; Coleman Correctional Center (985) 783-1164. Tweet or email us @FightXPrisons with any updates! FTPDisasterPrep@gmail.com

UPDATE [9:05am CST, July 11]: We have a voice recording of a Louisiana DOC employee claiming that Louisiana prisons are being evacuated. The truth of this remains to be seen, press them for details!

UPDATE [12:00PM CST, July 11]- We’ve gotten word that the TDCJ Office of Incident Management is deciding whether to evacuate/stockpile water and food at East Texas prisons. We have a voice recording of them claiming “Texas is not even in the cone any more.” The National Hurricane Center still shows East Texas within the outer edge of Barry’s wind and rain zones. This is still an extremely dangerous situation if the power and water goes out and they do not have water and food stockpiled. 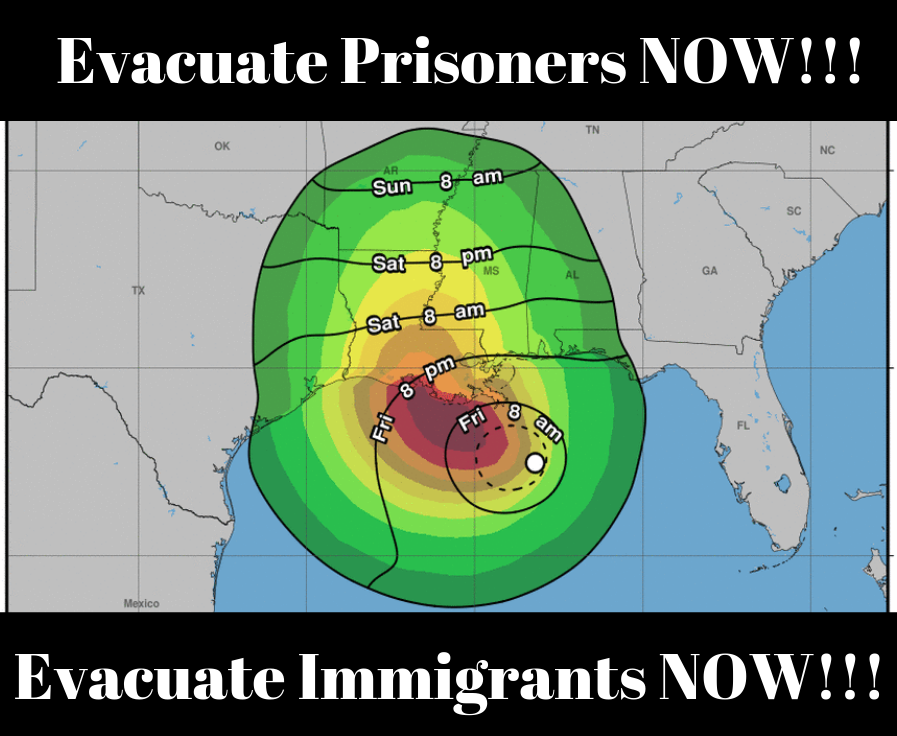