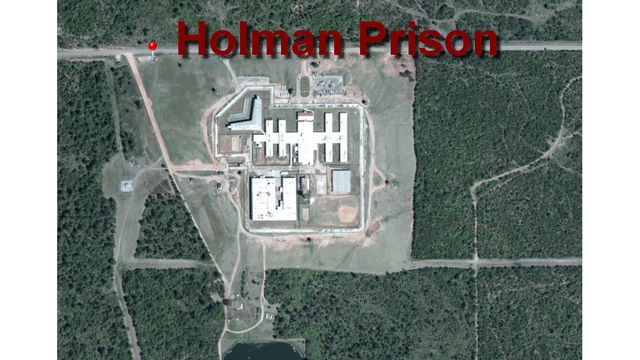 UPDATE 12/13/18: Additional incidents of violence occurred at Holman Correctional Facility on December 8 and 11 [reported to FTP directly by prisoners], further indicating the concept of a “Holman Project,” as explained below. According to a contact inside, the December 11 incident included “Correctional officers beating confined citizens and destroying personal property.”

The following statement is based on communication between prisoners at Holman and an organizer with Fight Toxic Prisons. FTP views Alabama’s chronic conditions of overcrowding, corruption and abuse as matters of environmental justice.

On December 2, 2018, a prisoner was stabbed to death and several others were critically injured in multiple outbreaks of violence at Holman Correctional Facility in Atmore, AL. This has been verified by prisoners’ organizations as well as local news outlets, and the Alabama Department of Corrections (ADOC) has stated that the facility is now on lockdown pending investigation.

Following this incident, prisoners affiliated with community organizations active inside Holman spoke with a Fight Toxic Prisons organizer. As they explain, the recurring unrest in Holman is a direct result of neglect, overcrowding, lack of safety protocols, targeted transfer programs, and organizational conflict, all of which have been instigated and inflamed by the ADOC.

Swift Justice, a prisoner, correspondent and founder of Unheard Voices of the Concrete Jungle, explained the ADOC practice of knowingly and even strategically placing rival gang leaders together in the most overcrowded and understaffed conditions at Holman.

“ADOC does this while demonizing inmates, evading responsibility, and using the event for political leverage to advance prison agendas for increasing incarceration rates and militarization of the prison industrial complex,” Swift stated.

The Free Alabama Movement (FAM) calls this The Holman Project, describing it as a “conspiracy to commit murder for political gain”. That is, the Holman Project is an initiative by prison officials and state legislatures to manufacture violent conflict intended to bolster the political push for new prison construction.

Another prisoner, Kinetic Justice, representing FAM noted, “their agenda and plan has not changed. Sacrificing lives to present a picture that is intended to scare the public into allocating almost a billion dollars to build some more prisons. Profit over people’s humanity.”

We know the December 2 event at Holman is not an isolated incident but rather a manifestation of constant conditions of violence erupting into bloodshed under ADOC’s oversight. This overlooked crisis is rampant all over the country.

The same unrest occurred in April 2018 at Lee Correctional Facility in Bishmore, SC, where 7 inmates were killed and 17 more were wounded. The events at Lee CF sparked the 2018 Nationwide Prison Strike earlier this year, in which prisoners all over the country collectively demanded humane living conditions, access to rehabilitation, sentencing reform and an end to modern day slavery.

“[ADOC has] made it crystal-clear what they think about the lives and rehabilitation of our loved ones. So, the only real question is what do we think… and how do we choose to show it?” asked Kinetic Justice.

FAM is assembling a community emergency response task force demanding to go inside Holman on a fact finding mission. FAM and Unheard Voices will be providing updates as information is gathered and more press releases will follow.