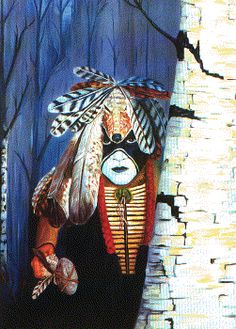 [Note: Amidst recovery from an unexpected triple bypass heart surgery and the largest hurricane threat seen in years, political prisoner Leonard Peltier turned 73 this week, on September 12, inside Coleman Federal Correctional Complex in Central Florida. FIREE released the following statement on his birthday and , September 15, the Campaign to Fight Toxic Prisons will hold a rally in downtown Gainesville, FL to honor him and call for his freedom after over four decades of torture and slavery inside the world’s largest prison system. Find out more about Peltier, including his address to send a birthday card, here.]

Peltier remains a Prisoner of America’s longest war, its war on the Indigenous peoples of this great Turtle Island. Ostensibly Peltier was convicted on the killing of two Federal Bureau of Investigation (FBI) agents who invaded the sovereign Oglala Lakota Nation with a warrant they did not have to arrest someone they knew was not there.  Members of the American Indian Movement (AIM) who were at the Jumping Bull “Tent City” location on June 25, 1975 defended the women and children of the camp from the unknown assailants who happened to be from the FBI. Cour D’Alene AIM member Joseph Killsright Stuntz gave his life in the defense of this encampment. A year later in Cedar Rapids, IA an all-white jury acquitted AIM organizers Darrell Butler and Robert Robideau of criminal charges because they acted in self-defense. The FBI altered evidence and ensured the prohibition of exculpatory evidence to ensure the conviction of Leonard Peltier during his subsequent Fargo, ND Trial.

In America, the concept of rule of law can be simply exposed as the United States Constitution Article VI Clause 2 clearly defines Treaties as the supreme law of the land. Yet so-called Law Enforcement in North Dakota abandoned their oath and upheld the colonialist imposition of the United States when they failed to block Enbridge’s Dakota Access Pipeline which clearly violated the 1851 and 1868 Fort Laramie Treaties by crossing into sovereign Lakota lands

Today in America many are waking up to the reality that America is not, nor has ever been a nation of law and order. That Truth and Justice are not the American way. America has more human beings incarcerated than any other nation on Earth. Instead of restorative justice that respects human beings we employ a profitable system of warehousing human beings and enslaving those who are incarcerated while treating them inhumanely to increase the profit margin.

Today in America many are waking up to the reality that the struggle is between those who remember and recognize we are human beings against those who like a predator, see only material wealth and profit as their motivation. Indigenous peoples across the globe whether they are Hmong, Saami, Kuna, Lakota, Anishinabeg, Ainu, Bantu, Mvskokee etc. call themselves the people, the human beings. They remember who they are. The dominant society see’s themselves as “Americans” a false term that denies their connection to themselves as a human being, their ancestors who were not “Americans” and other human beings.

Today this disconnection is visible as individuals cling to monuments and celebrations of genocide. In every city in America there is a statue, celebration or memorial to Columbus, Navarro, De Soto, Custer, etc. There are no such statues in these towns to Teshunka Witko, Piz, Titania Tanka, Techumseh, Osecola, Micanopy, Bowlegs. Etc. In many towns across the south there are statues, celebrations and memorials to the defunct Confederate States of America, yet there is no statute to the brave African men and women in America who struggled for their freedom. There are no statues in Florida to Aaron Carter or Sylvester Carrier who courageously fought off the white supremacists who massacred Africans in the Florida town of Rosewood.

In today’s America a white nationalist named Trump was elected by 63 million to the White House. Now white Nationalist organizations feel empowered to commit terrorist attacks in the open with the rise of hate crimes and the violence in Charlottesville, VA which they now want to bring to Gainesville. While unquestionably revolting and vile this white nationalism is not new. Manifest Destiny, Termination, Slavery, Jim Crow, Alt-Right whatever name it has it’s the same old song Indigenous, Africans in America, and other colonized peoples in Turtle Island have heard since the syphilis-infected, half-a-planet lost Admiral of the Ocean washed up in the Arawak Nation in 1492. The terrorist killing of human being Heather Heyer was sad, and many of us mourned. But as she would note, how many have mourned the murder of Savanna Lafontaine-Grey Wolf an Anishinabeg lady who was killed for her baby a few weeks ago. How many mourned Sherry Wounded Foot or any of the scores of Missing and Murdered Indigenous Women. How many mourned or were outraged by the hate crime killings of Wallace Black Elk Jr, or Ronald Hard Heart or Allen Two Crows? Colonialism and white nationalism’s ugly face are interwoven, intertwined and run deep in this America.

FIREE and the Campaign to Fight Toxic Prisons recognize and celebrate the birth and the life of the true warriors for humanity and justice. Warriors like Leonard Peltier, Buddy Lamonte, Frank Clearwater, Pedro Bissonette, Joe Stuntz, Geronimo Ji Jaga (Pratt), Mumia Abu Jamal, and so many others. May Leonard Peltier’s courage and heart stand as a shining testament to what we must all live up to and stand for in the resistance of colonialism and white supremacy standing for the people in the Spirit of Crazy Horse!